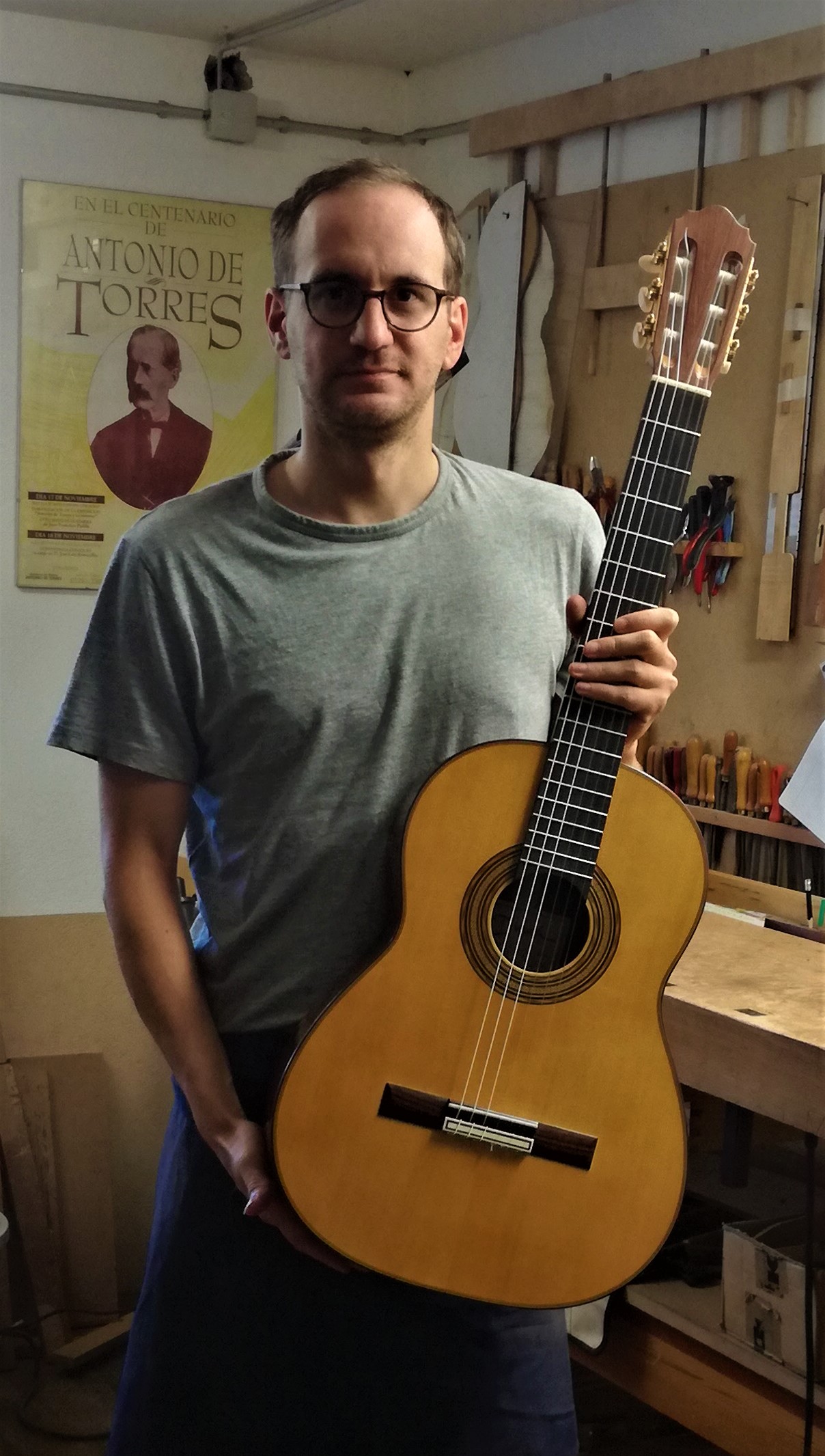 Born in December the 17th, 1982 in Ettenheim near Freiburg/Breisgau I spent my childhood in a small rural village at the foot of the Black Forest. Surrounded by meadows and forests I quickly developed a connection to nature and a simple life separated from the hubbub and bustle of the city.

I discovered the guitar in my early twenties. After a certain time with technical progress I became dissatisfied with the sound of my beginner guitar and needed a better instrument. To get a deeper view about the differences in quality and a better preparation for buying the right instrument I began reading about guitar making.

After reading several books, getting an overview about the matter, how a guitar is built and what to look for, I was caught by the idea, not to buy a guitar, but to build one by my own. After a very long ordeal I finally finished my first guitar. The first touch of the instrument was an overwhelming and unforgettable moment which became the driving force behind my passion and my future path. At this early time I had a lot of help by Sascha Nowak who explained to me the basic and traditional techniques of guitar making.

To give a direction to my chosen way I enrolled in 2007 at the Zwickau University, Faculty of Applied Arts Schneeberg, the world’s only university offering the study of stringed instruments. During this time I was able to gain a deeper understanding about the acoustical functionality of the guitar. 2012 I graduated as

During this time I have also visited the necessary master classes at the HWK Chemnitz and received the title,

Within the period of my studies I passed my internship in the guitar workshop of Andrés D. Marvi. In a small Spanish village in the Alpujarras, near Granada, I was able to find a way back to the roots of guitar construction and gained insights of traditional Spanish guitar making.